It was 1966. I was 16 years old, and top rated music station KHJ/930 AM Los Angeles California was doing a “Cash Call” contest. The cash prize, which grew larger at every incorrect answer, had just been won the previous hour, so it went back to a small amount ($10). I guessed wrong, and got the consolation prize, which I wanted anyway. It was a souvenir KHJ Boss Radio record album, with pics of the KHJ jocks including Robert W Morgan, The Real Don Steele, and twelve songs from 1965 including “Gloria” by Van Morrison, Sonny and Cher’s “I Got You Babe”, and Barry McGuire’s “Eve Of Destruction”.

For someone who wanted to get into radio, this was better than winning the cash. Unfortunately, when I moved to Tucson, Arizona in 1970 for my first radio gig, my album collection and other stuff I left at home, was given to the Salvation Army.

Now, fast forward to 1972. The tables were turned. I was 22 and just started working at top 40 radio station, KFIV, Modesto. We were giving away a Yamaha motorbike (in the promo pic, that’s me clowning around, leaning forward grabbing the other jock’s motorbike). We took one caller every four hours to try and win it. The program director thought we could milk the contest for at least a couple of weeks. I had a winner the first evening of the contest. Program director was upset. Management was upset. And I thought I was going to get fired. The other more ‘seasoned’ jocks, thought it was funny. Especially when I put “Jane”, the winner, live on the air to congratulate her. After a few questions about how she felt winning a motorcycle, I asked if I could be the first one to ride with her. She answered with a very loud “NO!” I hit the radio station jingle and went straight to music.

Station management realized the contest needed to be reworked. Fortunately, the sales department got us a second motorbike. For this contest, we played the sound effect of a motorcycle throughout the day. We took the first caller’s name and phone number. All the contestants were then put into a barrel. After taking entries for a month or so, we had an on-air drawing for the “big” winner. This time around, the program director was happy. Management was happy. The advertiser was happy. And I continued working there for the next five years. But I never did get that ride on her new motorcycle. 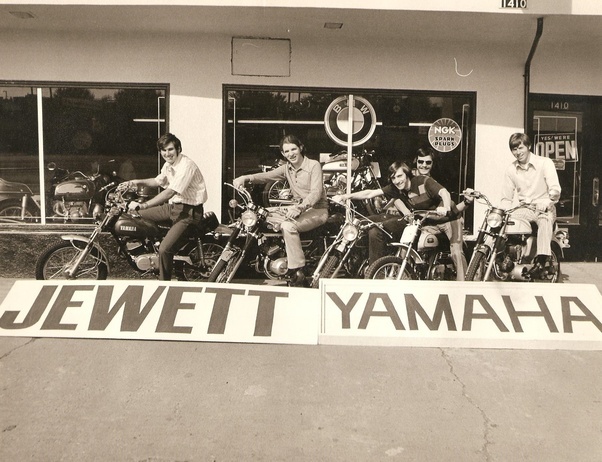